Rafting is a specific activity on water using a particular inflatable boat. In modern world practice, the raft is a boat with inflatable boards with a unique sectional design that allows staying afloat, even after getting damage to one part of the boat.

Many people think that rafting is a precisely extreme activity associated with an increased risk for life, adrenaline, thrill. They are kind of right, but at the same time, rafting could be an exciting boat trip to beautiful places having new experiences and emotions without extra thrill and safe.

The history of white water rafting is a thing of the faraway past when our ancestors have to travel by the river trying to find some food or moving new lands, and they built raft and canoes from wood. Modern rafts are inflatable. For example, during the Vietnam War, rafts were used to transport provisions and weapons to American soldiers.

Only at the end of XX century rafting became a sport and adventure. The man who exerted a significant influence on rafting as an extremal activity on white water rivers was M. Jones. Thanks to him, the first expeditions were carried out to Blue Nile (Africa), Dudh-Cosi (Nepal), and the Orinoco River (South America).

Today we have several types of rafts:

-rafts with rowing oar used on rivers of different grades;

-rafts without frames and rowlocks which is used for white water rivers and rapids and suggests a canoe way of paddling;

-rafts with stiff frame and rowlocks using for long travels;

We classified all rivers by six grades: 1 category is most accessible without rapids, only flow. And the most difficult is grade 6 with numerous rapids, rocks, complex water structures and is extremely dangerous.

In Georgia, we organize, routes of different levels of complexity, you can read about them in the sections of our site dedicated to rafting. 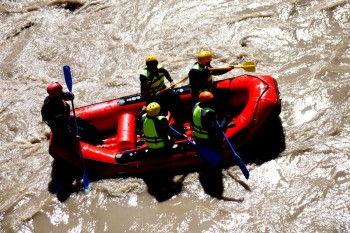 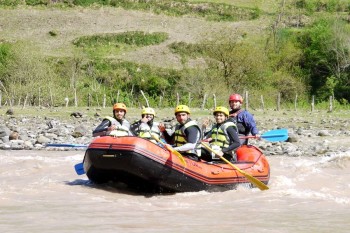 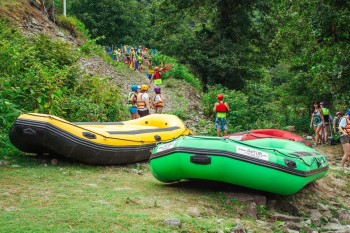 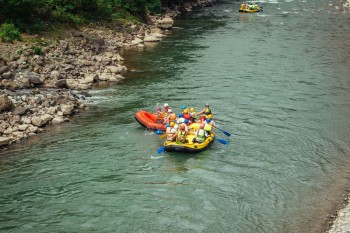 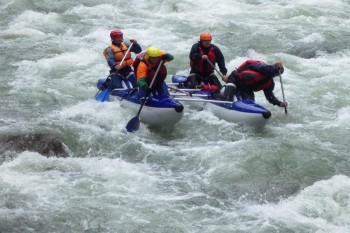 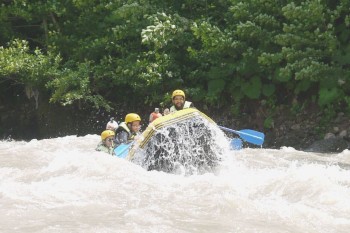